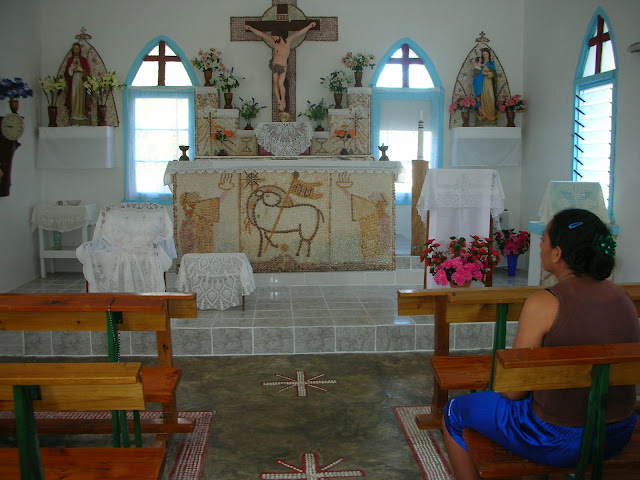 Teresa in the island's beautiful church (photo LP)
Some years ago,I received the following letter from a young woman who lives on one of the most remote islands in the world, Pukapuka, in the Northern Cook Islands in the Pacific Ocean.  I was fortunate to meet her and stay in her house during the infamous voyage on SV Discovery through the Suwarrow National Marine Park and other islands in the region in May 2011. 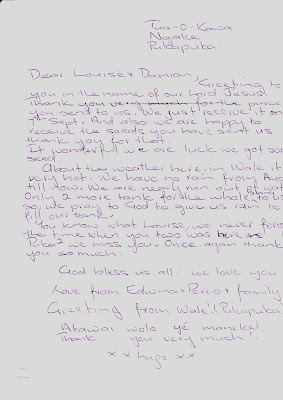 Teresa's letter
Prior to our departure I asked Edwina (Teresa to us) what she would like me send her from Australia. The island is regularly short of what we would regard as ordinary staples like rice, sugar, flour and medical supplies. 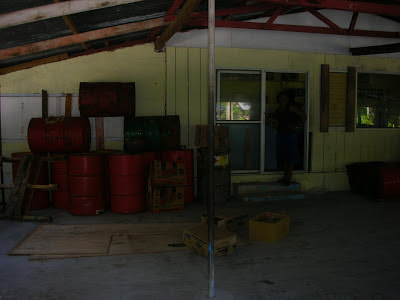 The island " supermarket" with empty shelves (photo LP)
But what Teresa particularly wanted for her family were vegetable and fruit seeds.  The islanders are largely restricted in their choice and eat mainly taro, every islander has their own small patch of soil in which to grow it, and coconut.  They exist on fish and on special holy days, chicken, and on very special occasions, a pig will be roasted. 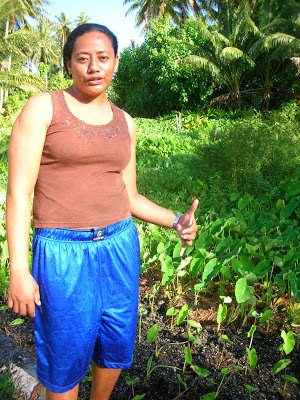 Teresa showing us her taro patch (photo LP)
In June 2011 I sent about 30 packets of mixed seeds, having no idea how long before they would be received.  Cargo boats laden with goods for all the remote islands, and the mail, only pass by every three to four months and often even less regularly. 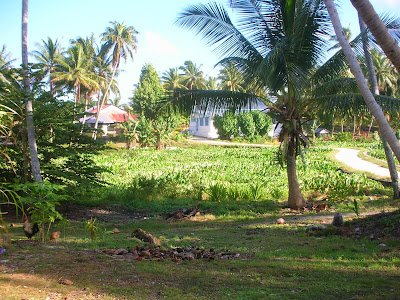 The island is tropical and lush, but still at times suffers from drought (photo LP)
As you can see from Teresa's letter the seeds finally arrived 14 months later, on the 7 September 2012.  Her letter to me was posted from Rarotonga on 24 December 2012 and arrived within 14 days. I imagine that she would have given it to someone travelling to the Cook Island capital to post for her. 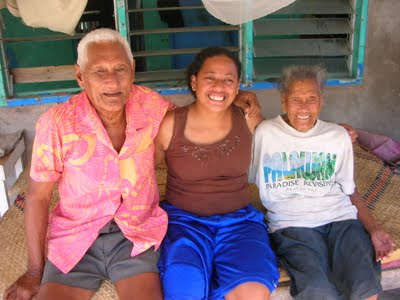 Teresa and her grandparents (photo LP)

Her letter struck me quite emotionally.  This young lady, so polite and well mannered as so send me a thank you letter 18 months after my visit;  an art which is dying here on the big island of Australia, and elsewhere around the developed world where we are able to rely on text and email.  And to think that after all those months the seeds had arrived.  I am sure Teresa and her family would have waited to plant them until after the drought had broken. 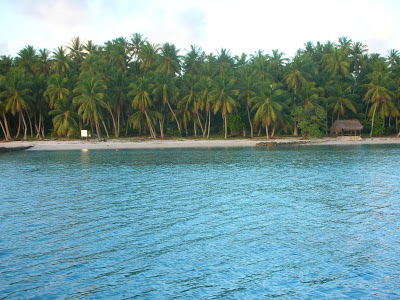 Beautiful Pukapuka (photo LP)
Her letter reminded me of the importance of consideration and gratitude for others.  Teresa and her family had made me and my friend welcome in their home, they had shared their sparse provisions and been generous with their time. 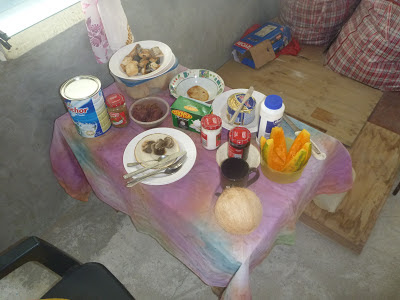 The generous dinner Teresa prepared for our first night (photo LP)
Teresa had walked us all around the island, showing pride in her own taro field and the beautiful island church which everyone frequents each Sunday. 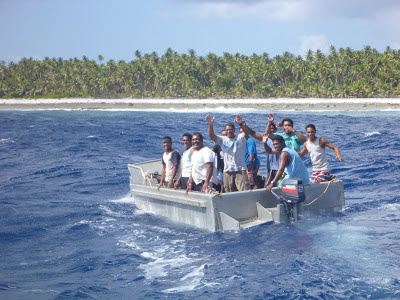 The islanders waving us farewell...knowing we would not return (photo LP)

It was a privilege to meet people who need so little but give so much...I hope that the seeds germinate and provide her family and their friends with sustenance and joy for many years to come.